2017
GuideStar Bronze Seal of transparency Link to our page on GuideStar at: https://www.guidestar.org/profile/03-0527665
​This also appear for 2013 In The News page before GuideStar updated their website.
2012
GreatNonprofits .org Award is based on Positive Online Reviews

House Of Representatives, Washington, D. C.
Dennis Cardodza, Member of Congress
Phebe Fortt received recognition for the the remarkable achievements of an outstanding person, who remained committed to the                      advancement of women in the community. 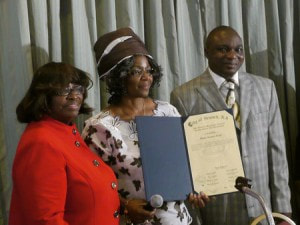 As part of a benefit for the Humanity for Africa Foundation, Phebe Dennis-Fortt, Founder/CEO of Relief Inc. had the honor of receiving an award from the the Newark, NJ Municipal Council commending Relief Inc. Founder, Phebe Dennis-Fortt, for her “outstanding and Dedicated Service in advancing the Educational Goals of the Humanity for Africa Foundation.

2010
The Certificate of Honor was awarded to Phebe Dennis-Fortt for special recognition of excellence in Christian Service at the Annual Women’s Day Service. 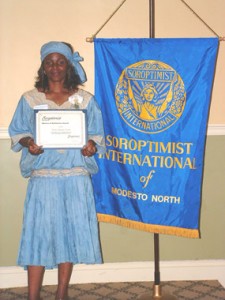 ​Soroptimist International of Modesto North, Woman of Distinction in the areas of Human Rights, and the Status of Women.